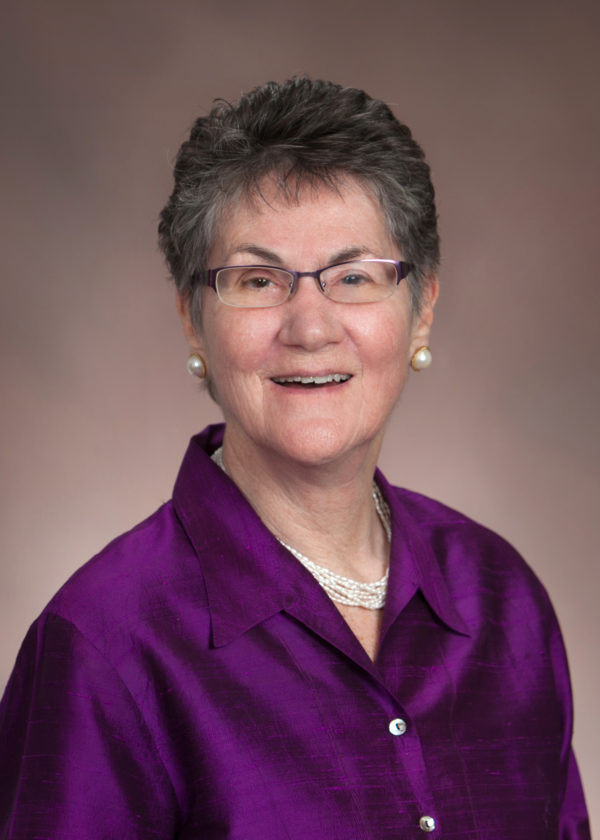 Mary McAleney currently serves as the executive director of the MIHC. She has been a long-standing and passionate supporter of the organization and began her tenure on the board of directors in 2006. She served on the board until 2016 and was board chair during much of that time. Mary led the organization’s recovery from an extremely difficult period when catastrophic structural damage caused by the bell falling from the tower and the subsequent 2007 Patriot’s Day storm jeopardized its very survival. Mary’s connection to the place known as Portland’s Irish cathedral runs deep. “I marvel at the beauty of the building,” she says. “Each time you see it, it evokes the hopes and dreams of those who built it and it still stands as a symbol for new immigrants today.”

A graduate of St. Joseph’s Academy and Merrimac College, Mary began her career as a teacher, but ultimately followed her family’s traditional path into public service. She worked on several Maine political campaigns including Senator Muskie’s and also worked for the Maine State Employees’ Association. She played a key role in George Mitchell’s 1982 successful Senate campaign and joined Sen. Mitchell’s staff in Washington, eventually becoming his chief of staff – a position she held until Senator Mitchell retired in 1994. From 1995 until her retirement in 2007, Mary continued her career at the Small Business Administration, serving as district director in Massachusetts and Maine. In addition to her duties at MIHC, Mary also manages a thriving real estate business.

Beginning in the early 1800s, Mary’s family began emigrating from Northern Ireland, with her great-grandfather William McAleney arriving in the Portland area at the age of 16 in 1847. He went to work for Father McGuire at St. Dominic’s taking care of his horses. William McAleney went on to build a successful harness making business and was a member of the Portland city council. During the construction of the current building, the bell was hoisted into the tower using specially made harnesses created by William. Mary’s other great-grandfather, William Deehan, owned the horses used for that project. Their children, James McAleney and Mary Deehan, were married at St. Dominic’s in 1913.

Mary, the consummate Mainer, was born in Tuscaloosa, Alabama, while her father was in the military. The family returned to Maine the next year and she spent her childhood years in Vanceboro until she returned to Portland to attend St. Joseph’s Academy. Mary makes her home in Cumberland with her nephew Deehan and niece Elizabeth. She has also served on a number of other non-profit boards, including Dirigo Health Agency, the Maine Technology Institute and the Mitchell Institute and continues to be active in Maine political circles.