#19SuffrageStories- Number 8 – Fighting at the State Level Part 2: Suffrage in the States 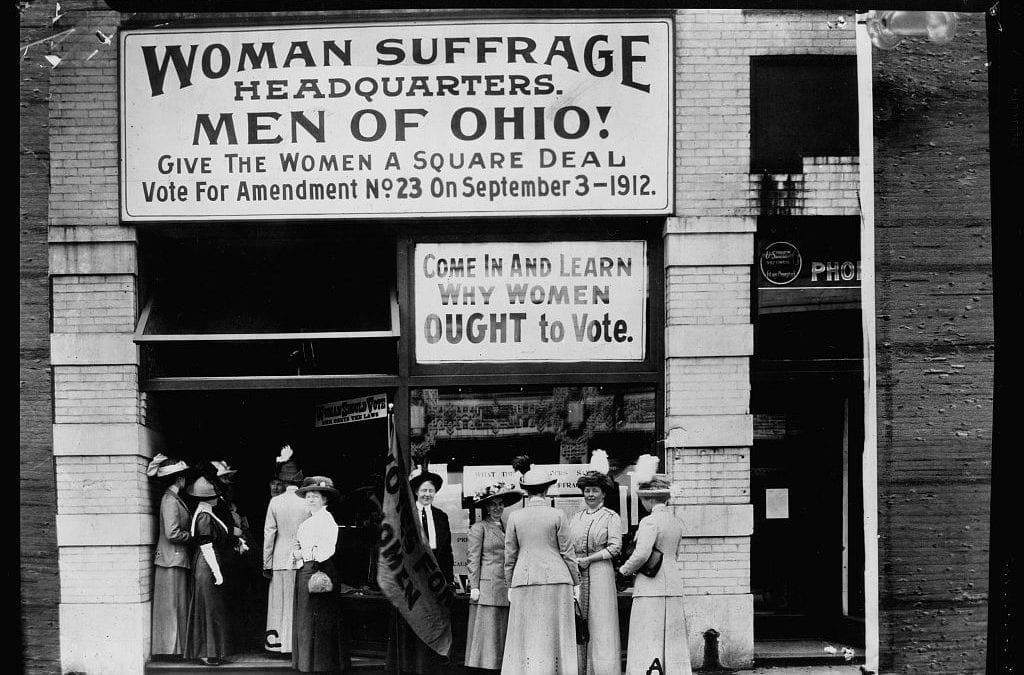 We have talked about the well-known suffragists that traveled nationwide speaking for groups like the National American Womens Suffrage Association (NAWSA) and Alice Paul’s National Women’s Party but organizers at the local and state level fought just as hard to gain the right to vote. It was often a topic of disagreement within the movement over whether the focus should be on lobbying individual states or advocating for a national amendment.  Advocates for suffrage at the state level felt that by growing the amount of states that allow women to vote over time, the women in those states could vote in politicians that supported women’s suffrage.

To examine how women’s access to voting changed over time. There is currently no evidence that women voted in colonial America, aside from a widow named Lydia Taft, from Massachusetts, who could vote in town elections.  At the Constitutional Convention, the founding Fathers put the handling of elections in the hands of the States. In every state except New Jersey, women would lose the right to vote. In New Jersey, “all inhabitants” that owned property could vote, including women and freed slaves. Unfortunately, New Jersey would revoke this right in 1807.

During the Suffrage Movement, States that did grant their women suffrage did so in a variety of ways. With some states granted women the right to vote in local elections only. In 1869, the Territory of Wyoming would be the first to grant women unrestricted voting rights, a trend that continued in the west with the territories of Wyoming, Utah, Washington, Montana, and Alaska all granting women the right to vote before achieving statehood. Prior to the 19th Amendment only Illinois, Nebraska, Ohio, Indiana, North Dakota, Rhode Island, Iowa, Maine, Minnesota, Missouri, Tennessee, and Wisconsin granted women the right to vote for president only. Colorado, Idaho, California, Arizona, Kansas, Oregon, Nevada, New York, Michigan, Oklahoma, and South Dakota all granted women full voting rights prior to the 19th Amendment. In the remaining states, including New Hampshire, Vermont, Massachusetts, and Connecticut, women would not be granted the vote until the passing of the 19th amendment.

Granting women suffrage was a hard sell here in New England, which was dominated at the time by mills and factories. There was a fear among businessmen and politicians in New England that by granting women the right to vote, they would vote in favor of wage, workers’ rights, and child labor legislation.